Coach Robbie was a diver himself, along with being assistant Coach to SoCal Divers he is the head Diving Coach for Chapman University located in Orange, California. He is passionate about the sport of diving and has a personality and an energy that all enjoy! SoCal is lucky to have him on board as Assistant Coach. 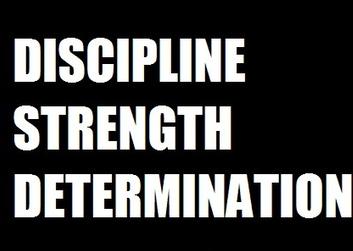 ​Nicci Fusaro is originally from Cincinnati, OH, where her diving career began. She attended Anderson High School where she became a three time HS diving All American and Ohio State Diving Champion in 1998 and 2000. She graduated from The University of Southern California with a B.A. in Fine Arts. While attending USC, she was a member of the diving team from 2000-2004 and is a 3-time All American. As an incoming freshman, Fusaro was named PAC-10 Women’s Diving Newcomer of the Year and placed 3rd on the women’s 3m at the NCAA’s behind Olympians Jenny Keim and Michelle Davidson. Then in 2002 Fusaro went on to win the PAC-10 title for 3m and 10m. Fusaro had a spectacular showing at the 2002 NCAAs, becoming one of only two Trojans ever to reach the finals of all three diving events at one NCAA meet: 5th on platform, 7th on three meter and 8th on 1m. A fine student, Fusaro earned Verizon Academic All-District VIII second team honors as well as PAC-10 All Academic first team honors with a 3.71 GPA in Fine Arts. Another piece of her illustrious diving career is her qualification for both the 2000 and 2004 Olympic Trials. At the 2000 Olympic Trials she placed 10th on the 3m springboard, but was unable to compete in the 2004 Olympic Trials due to a knee injury. She was also a member of the US Senior National Diving Team from 1998-2004, a Junior National Qualifier from 1994-2000, member of the Junior World team in 1999 and 2000, and qualified for the US World  University Games and Fina Grand Prix in 2001. Nicci is currently based in Irvine, CA and enjoys painting, traveling, and the beautiful California weather.

​SoCal Divers is pleased to announce Scott Reich as Head Coach for the California based non-profit Club Team. Reich is known as one of the best diving coaches in the nation, an accomplished collegiate, national and international diving coach. His accomplishments include; Olympic Coach for the 1984, 1988, 1992, and 1996 games.  He also served as the International Team Coach for ten countries- Argentina,Australia, Belgium, Bolivia, Canada, Japan, Netherlands, Puerto Rico, Venezuela, and United States of America.

Since his coaching career began 30 years ago, Reich has coached 13 Olympians and more than 60 NCAA all-Americans. Scott’s US divers with Olympic credentials include:  1988, Wendy Williams, the bronze medalist at the Seoul Olympics, and he trained Ashley Culpepper, who was the U.S. Diving team’s alternate at the 2000 Sydney games. In 1992, Reich coached Ellen Owen to top honors at the U.S. Olympic Trials. Owen then placed seventh in Barcelona at the Olympic Games. Also, Reich was instrumental with the fundamentals and training of Caesar Garcia, an 8 year member of the Bengal Tiger J.O. program, who progressed and graduated from Auburn with Jeff Shafer, won the 2004 U.S. Olympic trials and became a member of the 2004 U.S. Olympic team.

Reich’s athletes earned three consecutive SEC Diver of the Year awards. In 2002, Reich, four-time SEC Coach of the Year, guided the LSU platform divers to place in the top three spots at the conference championships.

Prior to becoming one of the nation’s premier diving coaches, Reich was a standout diver in his own right. He was a U.S. Senior National Team member from 1975-80 and won the senior national championship in 1977 in the one-meter springboard. A five-time national age-group champion and two-time world age-group winner, Reich was also a seven-time all-American for SMU and received a silver and two bronze medals at the NCAA Championships in both the one- and three-meter competitions.

Scott Reich will be a valuable asset to the SoCal Divers program, located at Fullerton College, CA and we are fortunate to have a coach of this magnitude as part of our team.

Justice is a world record holder for trampoline and is ranked 13th in the world at the 2016 Olympic Trials. Justice coaches at the SoCal Dryland training facility and focuses on fundamentals, technique, and enjoys watching the athletes progress.

He has been coaching for 18 years. SoCal SoProud to have Justice in our corner! 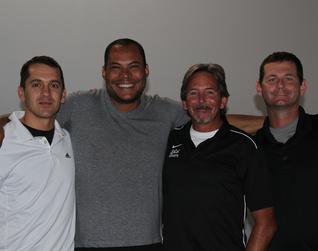 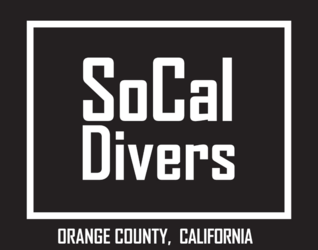